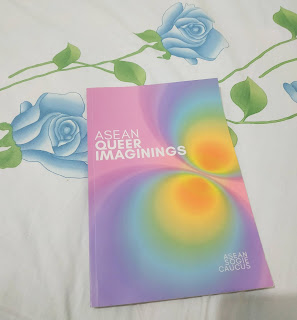 What it means to be a queer in South East Asia?

This sometimes can cause conflict amongst the community itself because of the different takes on identity and experience perspective, and in turn can potentially harms the work towards better LGBTQ+ rights in ASEAN region. Not to mention, the lack of studies and research in this particular topic often makes advocacy to local queer community also challenged.

ASEAN Queer Imaginings was published to give voices to ASEAN queer community and researchers, to build the bridge of understanding into ASEAN local queer community, to find the pattern of which experience and cultural aspect of queerness is similar and which one is different in every country. This compact book comprises of nine personal essays and academic paper about what it means to be a queer in South East Asia countries.

A Dive Into Queer Experience in South East Asia

But not only from the outside the community, discrimination also sometimes comes from within the community itself. Like how in one essay by Chutchaya Siriwattakanon it was explained that Islamophobia exist in the LGBTQ+ community in Thailand that resulted from the rising queerphobic sentiments in neighboring Islam-majority countries. This discrimination can cause problems mostly for Muslim queer resides in Thailand.

Since discrimination towards LGBTQ+ people are still prevalent in ASEAN countries, most often it also mean one thing: the erasure of local queer cultural archives.

Queer erasure from myths and history of ASEAN countries is also one of the challenge queer studies researchers must faced. There are ancient manuscript that was saved, and from there we can see that queer culture/genderqueer was exist in ASEAN region. Like the way Bugis community in Indonesia acknowledge that there are five genders or the way there are four gender hierarchy in the Philiphines that is not strict to only male and female.

Contemporary queer culture in ASEAN also differ from western concept of queer. In which western part have a strict--and assuming globally--definition of LGBTQ+, ASEAN countries has their own terms and definition, like how "waria" in Indonesia is different from the definition of transgender in the west, and so is a "kathoey" in Thailand is not merely a gay man like what western defines.

Sadly, it's just a few of surviving, documented cultural history on LGBTQ+ in ASEAN. There are still so many queer historical archives that over time was given heteronormative explanations and erasing the potential of acknowledging said culture to be part of local queer communities.

But an interesting approach to this was written by AN on their essay, "Imagining a Queer Memory Collective" in this book. They wrote about the absence of LGBTQ+ archives as:

The absence of queer archives is not always a bad thing. We can always think of it like mystical items: they will present to those who seek them to learn, and hide from those who wants to destroy them.

While the absence of past archives can be interpreted differently, hopefully ASEAN queer will be able to be fully, and proudly present amongst other historical and cultural archives moving forward. Hopefully books like ASEAN Queer Imaginings won't need to hide and from now on we can try to keep collecting and documenting the rise and fall of queer movements in South East Asia for a better understanding of ASEAN queer culture.

For those who wants to read this book, it is available for free on digital copy on ASEAN SOGIE Caucus' website.

Popular posts from this blog

[Review] The Song of Achilles